The visual feedback system maps the balori® concept by Martin Frondorf into an autonomous training station. 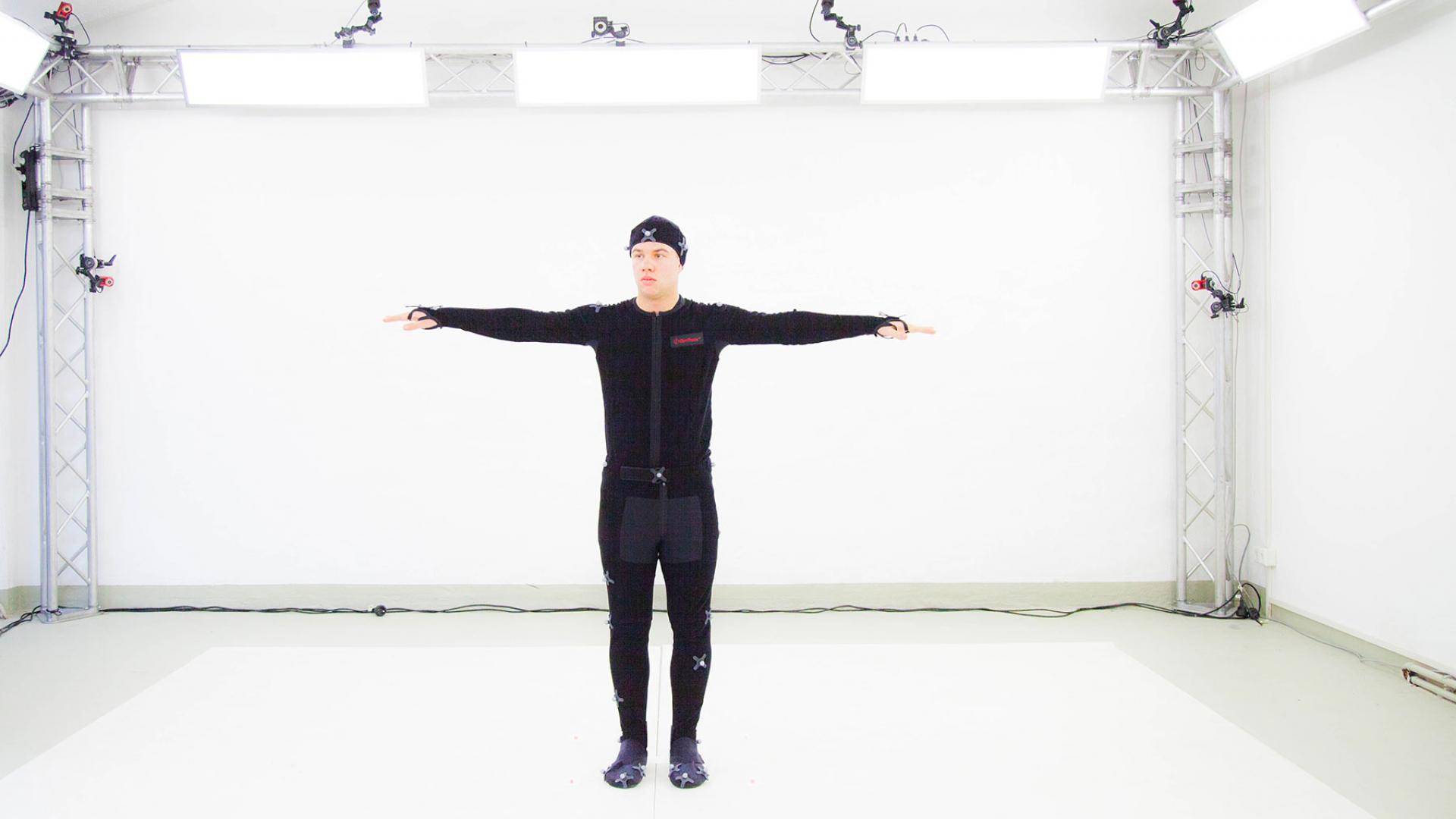 The screen-based multimedia training device is based on the Realtime Visions visual feedback software. All interaction and evaluation are performed via a zebris Force-Plate and a Kinect 2.0 Sensor.

All exercises were recorded in the Motion Capturing Studio with an athlete. The 3D motion capture data was cleaned up, transferred into individual learning sequences and transferred to a self-designed avatar for display in the 3D Game Engine. 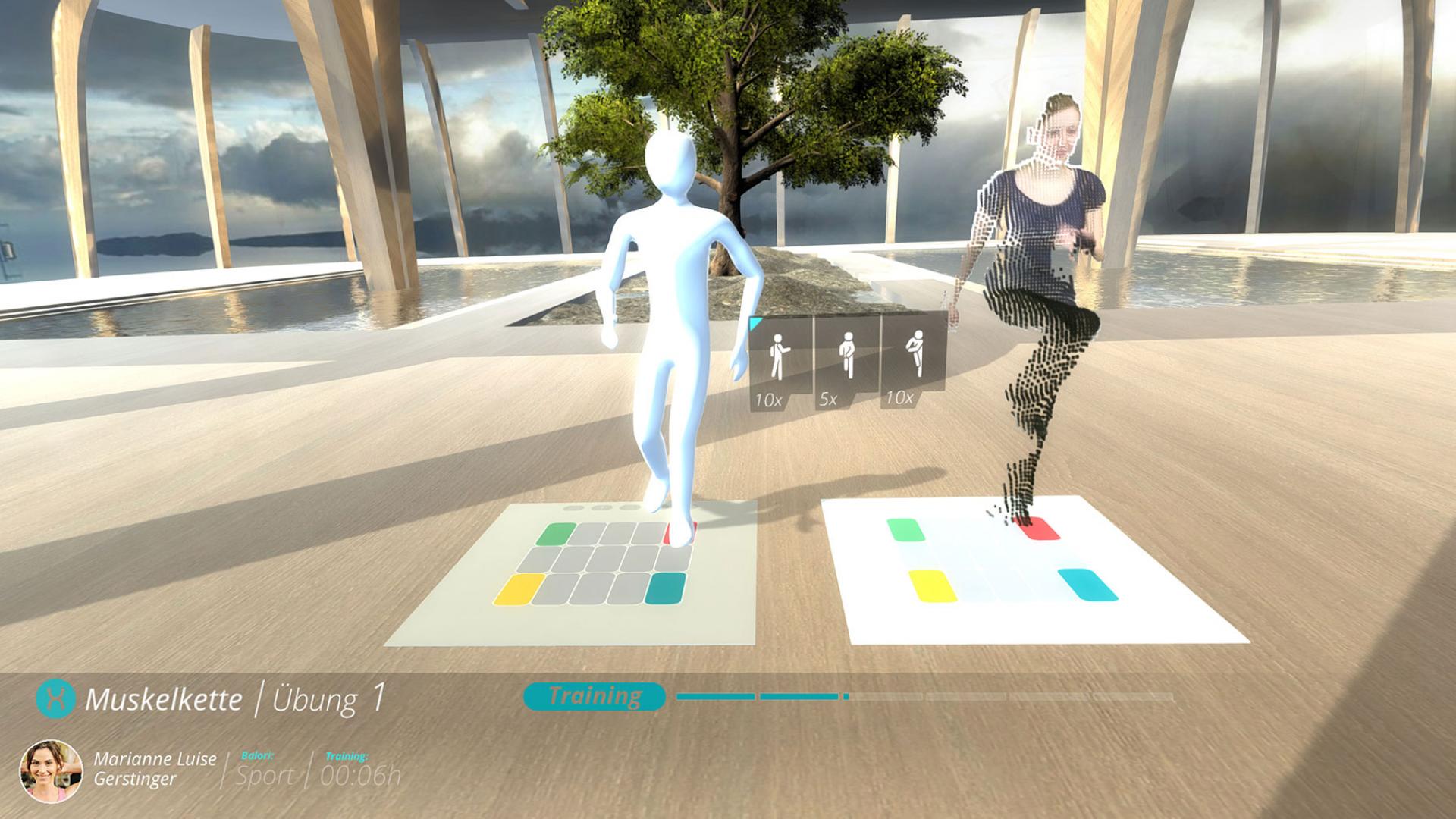 The trainee stands on a large force plate and sees on a screen the balori e-coordination training application. Using an RFID key or a QR code, he logs in and starts with the last training session.

There are several modes for watching, practicing and completing the workouts. In View Mode, a 3D avatar performs the unit. In the exercise mode, the trainee himself is shown and can go along step by step, then in the graduate mode, you train without any visual help. A sufficiently good execution then unlocks the next higher training session. 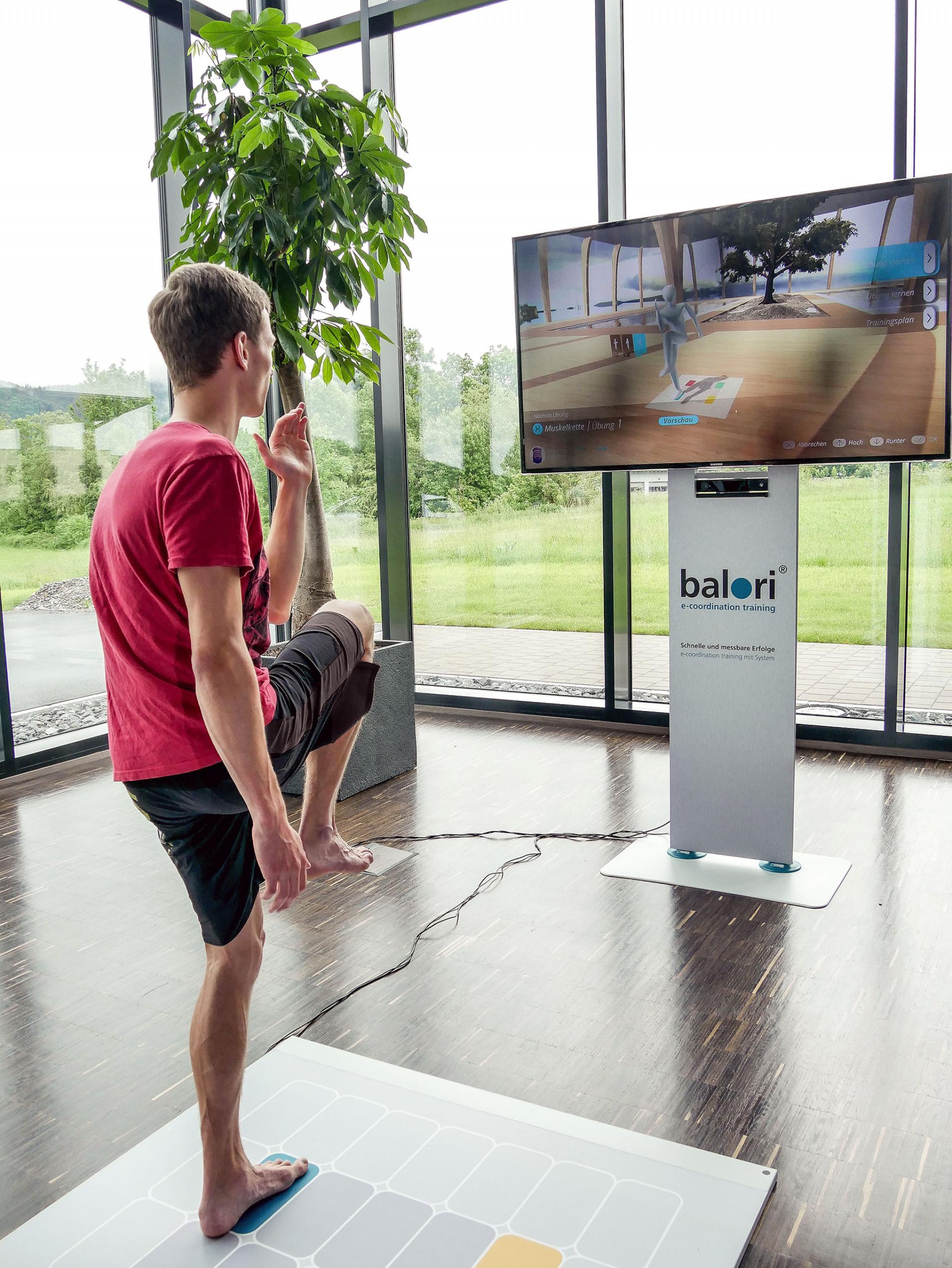 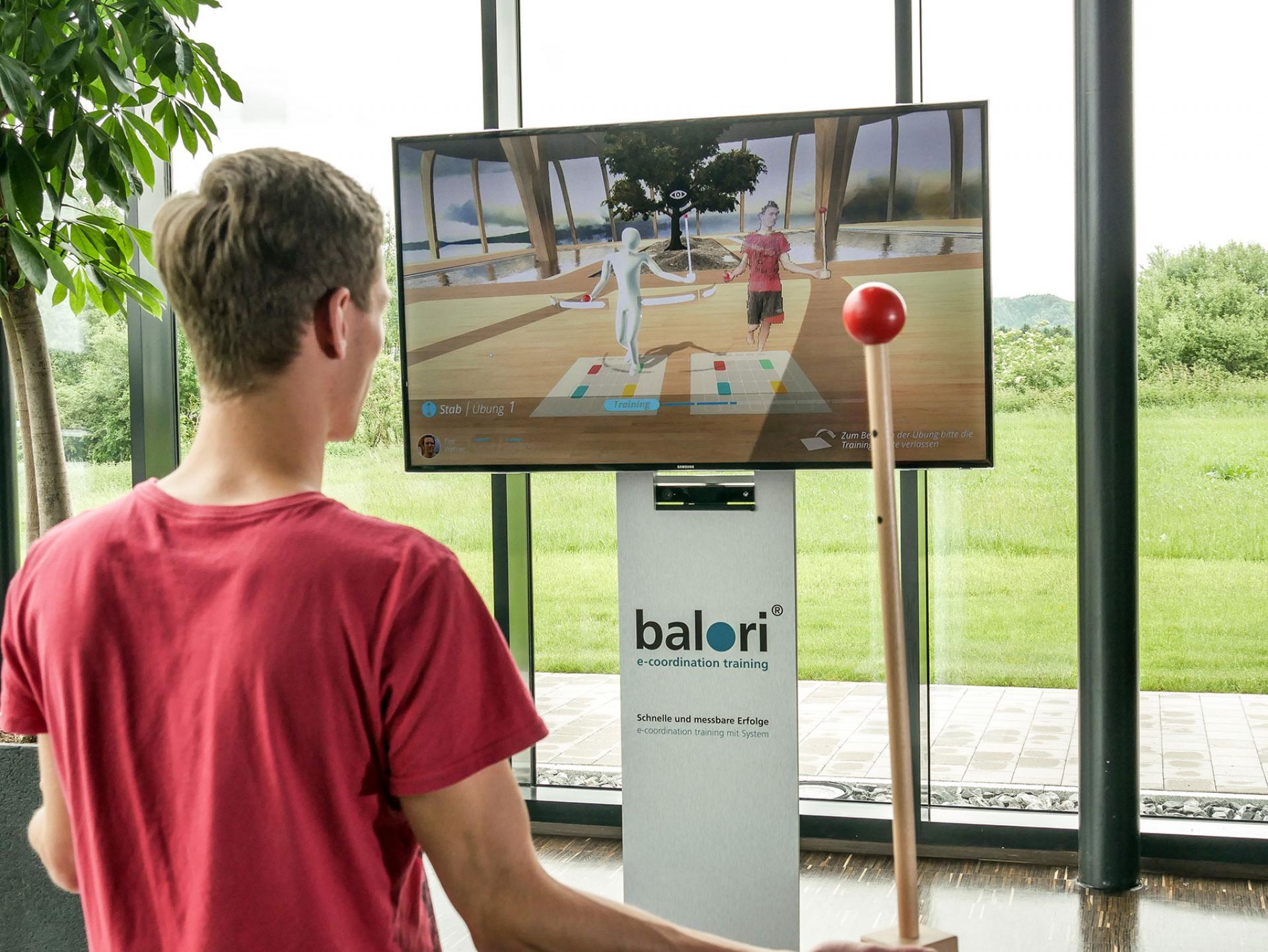 Kinect and Force Plate from Zebris Medical analyze the behavior of a trainee. In addition to the poses, balance and precision of the training sessions are evaluated.

Technically speaking, this real-time visual feedback system is a 3D computer game. In the background is a specially adapted game engine. Kinect 2.0 and the zebris Force-Plate are integrated via a self-developed evaluation environment.

Users receive individual feedback according to their abilities and training habits. Exercises automatically adapt to the training process. Medals provide a reward and support the sense of achievement. In the co-ordination game, users can compare themselves in objectified competition. Above all, rewards and comparison with others increase motivation and thus intensify training.

The entire environment has been conceived, designed, and implemented for real-time viewing on low-performance systems - from the first draft to modeling in the 3D program, self-developed shaders and exporters, to integration into the application.

Through Kinect integration, interaction across the whole body is possible and movements can be evaluated. In addition, a live output of the freely set depth image is available for the user to visualize a direct comparison between his movement and that of the avatar.

The application was adapted together with the customer from a manual training concept into an automated system. The entire process, the appearance as well as all contents, was conceived and designed by Realtime Visions.